AWS, DevOps and Docker meetup was organised on 18th feb 2017 by Meetup.com at Linkedin, Bangalore. Attended by techies to share resources, learn, and form discussions on technical topics around DevOps. Meet up started at 9:30, post registration, a number of speaker came and talked about the following topics:

On this very event, SchoolofDev0ps launched it’s own IDE , named Akurath, a terminal, a Dev0ps workspace. Gaurav Shah, Founder, Speaker, discussed about the product with the audience.
What does Akurath do  ?

Akurath is been created as a special purpose devops IDE, which we plan to use as a front end engine for codespaces.io. To work with tools which allow you to write your infrastructure as a code, e.g. Chef, Puppet, Ansible, you also need to simulate infrastructure.  Codespaces.io plans to achieve this by combining the forces with docker backend which powers the containers, acting as managed nodes. And these nodes are then pre baked with the application specific utilities.   Working with this backend engine, akurath then lets you connect to and work with multiple nodes, all out of the IDE frontend.

Anyone who is looking for launching and working with  devops workspaces, codespaces.io offers the fasted way to get started, removing the barrier to provision, configure and connect the nodes in a cluster.

Which version we have forked from ?

To take a project which is two years old, with  rapid advancement in the web technologies, our first big challenge was to actually getting it to run, and to a stage from where we could start making changes. After fiddling with the code, various previous version (0.8.3), we could find a version of code which became operational with a few tweaks.  And we have created a fork using this version.

What are our immediate challenges?

Even with a previous version, the fork that we have created works well with its editing features and terminals. And thanks to the original authors, its simple and fantastic to use.  And those are the code functionalities we needed to  use for codespaces.io.

In addition to using the core features, we have been also able to successfully make changes and create our own addons.

Our next big challenge is to port this code and see if it could be ported to the latest versions of node, npm  and upgrade modules, including the ace editor which is at the heart of akurath.

Another area that we need to address is adding syntax for launguages such as Puppet, Chef, Ansible, which will make it  a true devops IDE.

What is our long term plan ?

Based on the feedback we receive, as well as the real problems we encounter during the trainings and usage, we are going to decide the next course of action. Also based on the efforts estimate to redo and maintain the legacy code, we could either continue using the forked core, or completely create something new. Having said that, we will let the community decide the next course of action. 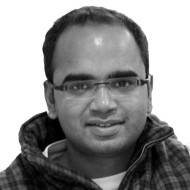