by Gourav Shah
Tags: devops, devops pro, gourav, gourav shah, school of devops, schoolofdevops
No comment(s)
Pre Flight Check
Decide if  you are really passionate about being a Devops Engineer. Symptoms of a good Devops Engineer is,
You get the point eh !  You need to be very very comfortable with the machines, just love cli’s ,  should have some nerdish traits, and troubleshooting should excite you.   Only  if you think its something you are or would love doing, go ahead with the next instructions,

Journey to be a Devops Engineer

Now that you have decided to be a Devops Engineer you should.

We have compiled a Trello  board  with  essential devops tools, and its being  actively updated. Do refer to it for further knowledge on tools.  You could also refer to our Devops Skills Survey to get a list of skills to acquire to be a awesome Devops Engineer. 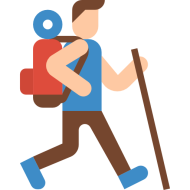